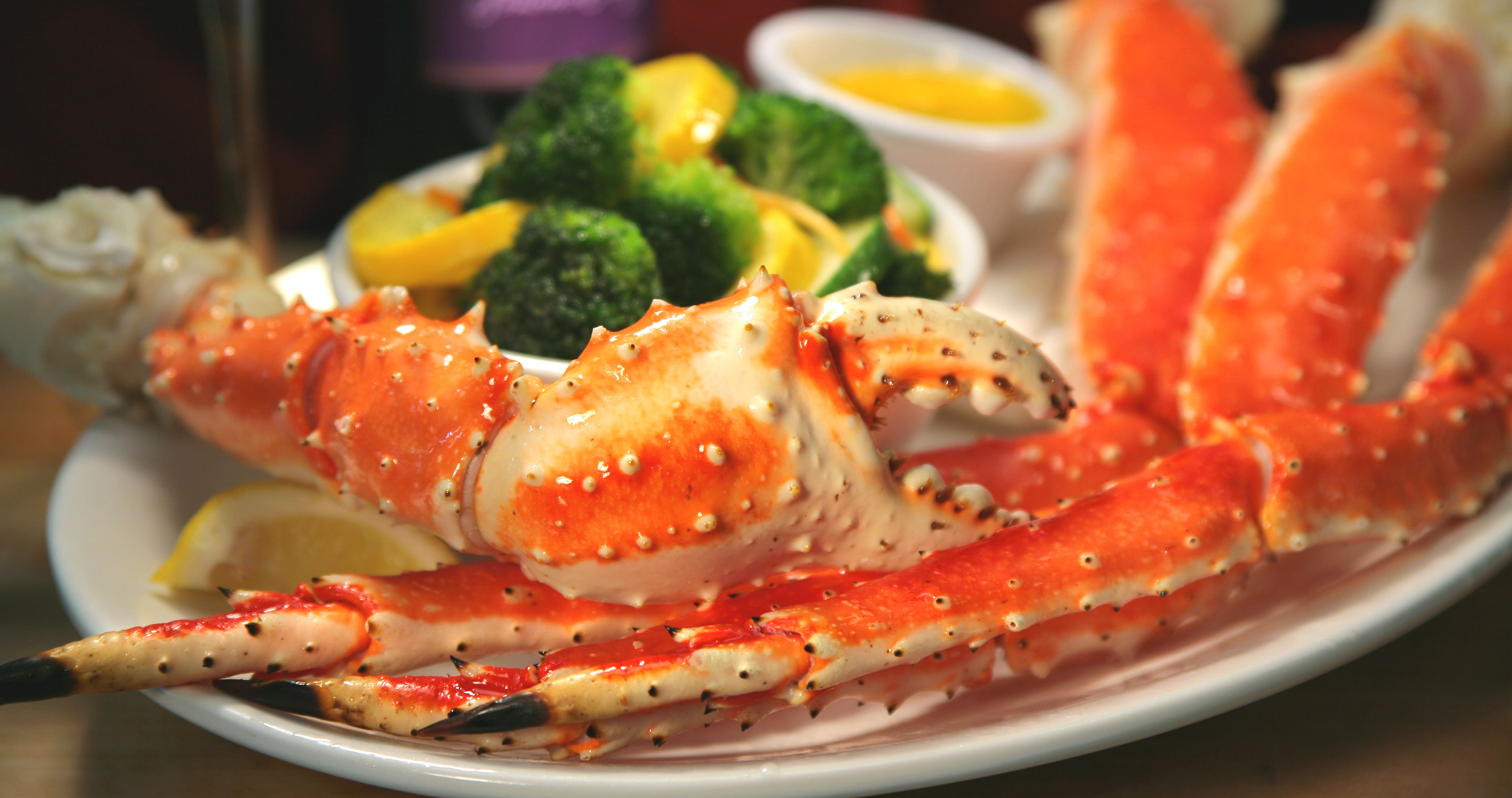 When you think of Alaska you probably think of outdoor adventure, scenic peaks and wondering moose – rather than tasty food. But the Final Frontier definitely has plenty to offer the foodie traveller who lets their taste-buds pick their travel destination (especially if they like seafood!).

While visiting the various ports of call on an Alaska cruise, you should take some time to stop by a local restaurant. Even better, some cruise lines offer food and drink themed excursions. But if you’re planning to stay on-board and admire the landscape from your balcony you’re in luck as many of the kitchen staff actually come ashore to collect fresh Alaskan produce to cook with! If that’s not a great enough reason to book an Alaskan cruise, we don’t know what is.

So what delicacies will you find in the Final Frontier?

It probably comes as no surprise that seafood is popular along the coast of Alaska (where most of the population live). Salmon is the most popular fish by far, where it is caught in both the Pacific Ocean and the inland streams. However, it’s the King Crab that a true seafood lover should be looking out for. While they are a little monstrous to look at, they also offer a much sweeter taste than crabs caught in the rest of America thanks to the cold Alaskan waters (oysters are also a little plumper thanks to the low temperatures). Halibut is also very common.

While tucking into a reindeer might not be for everyone, it is a delicacy up in the northern parts of the world. You can only purchase farm-grown reindeer (wild meat can’t be sold commercially) and you might need to keep a closer eye out for it than other mainstream meats, but if you’re looking for something adventurous it should be at the top of your list.

Salmonberries (and other fruits)

While the moderate temperatures of Alaska would have you assuming all fruit is imported, you would be surprise. The very Alaskan-sounding salmonberry can be found right down the North American west coast and are similar to raspberries. These days however salmonberries (and raspberries, strawberries and blackberries) are commonly made into handcrafted jam, which is easily available in the Alaskan towns.

Greens from the ocean

It’s not just plants grown on-land that make it to the plates of Alaskan restaurants. Keep an eye out for kelp salsa and sea salt in a variety of flavours!

Craft breweries have been popping up everywhere over the past few years – and Alaska is no exception. The granddaddy of them all has got to be Juneau-based Alaskan Brewing Co – who produce eight year-round bears with ingredients that range from smoked porter and mocha milk stout to spruce tips!