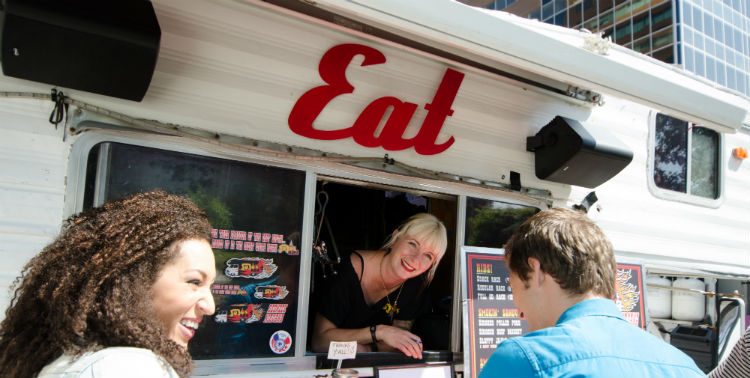 One of Calgary’s main selling points is its cosmopolitan atmosphere combined with some of the world’s most stunning natural scenery. Not only does this blend create an incredible holiday mishmash of adventure and style – but it also makes for some incredible culinary experiences.

The fertile lands of Alberta produce locally grown crops with acres of space for animals to roam. Then the stylish city-dwellers of Calgary itself like to whip these natural ingredients into creative dishes. Don’t believe us? Just have a look at some the delicious foods that are popular within Calgary.

Start your Calgary adventure with a hearty brunch. OEB Breakfast Co. is loved so much by Calgarians that there are three locations across the city (Downtown, in Mission, and in Bridgeland).

If you’re looking for something creative during the A.M., however, we recommend Monki Bistro. You can choose between five-styles of Eggs Benedict, Breakfast Poutine, three burgers, French Toast, and even Fondue!

Then there’s Cleaver, which is known for its larger than life creations. Here you’ll find steak, mac & cheese, and S’mores & Nutella French toast on their breakfast menu.

Did you know that the world-famous Caesar Cocktail originates in Calgary? It was invented in 1969 by restaurant manager Walter Chell of the Calgary Inn, which is now called the Westin Hotel.

Meat lovers will be spoilt for choice in Calgary. Alberta has close to two million more cattle than it does humans and is known for producing some of the highest quality beef on the planet. Bison and elk are also very common choices!

Calgary might be overflowing with locally-made beef, but plant-based diets are still widely catered to. Make sure you visit Hearts Choices, whose menu includes mock meats, delicious Thai curries, and stir-fries. It has four locations in Calgary and even a food truck!

Then there’s Avatara Pizza, where the menu is 100% gluten-free and vegan cheese is available. And for a truly ethical fare, visit The Coup. Aside from being 100% vegetarian, everything is local and organic. Plus, they offset their emissions by planting 36 trees a month through Tree-Canada.

Where to Eat It

Calgary’s 17th Avenue is one of the trendiest places in the city. It stretches for 12 blocks between 2nd and 14th Street SW, and is home to a number of boutiques, salons, nightclubs – and restaurants! Popular places include Model Milk for BBQ southern comfort food, Anju for modern Korean food, Cleaver for Latin street food, and Una Pizza + Wine for thin crust, artisan style pizza.

If you’re visiting Calgary during 8th – 11th August 2019, then you’ll be right in time for the delicious Taste of Calgary festival. You can buy tickets for $1 each, which can then be used to sample any of the food or beverage menu items. You’ll also be able to treat yourself to a variety of artisans, entrepreneurs, and interactive activities. Admission is free.

Calgary is home to an exciting mix of home-grown breweries, thanks to a wealth of surrounding Alberta countryside covered in barley and wheat. You’ll find local brews in the city’s many pubs, or you can book yourself a brewery tour. Some popular choices include Last Best Brewing, Big Rock Brewery, Village Brewery, and The Dandy Brewing Company. If you want to give yourself a broad overview of Calgary’s beer scene, head to CRAFT Beer Market where you can sample 120 local and international labels.